Radical Economic Transformation: Are Fiscal and Monetary Authorities a Help or a Hindrance? 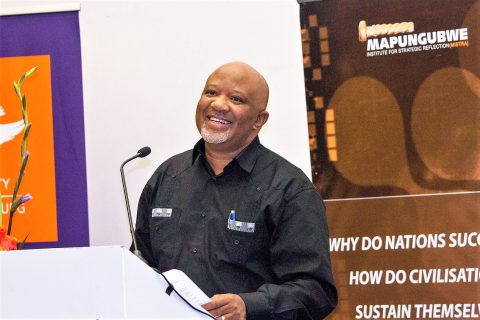 The 6th Mapungubwe Annual Lecture, Radical Economic Transformation: Are Fiscal and Monetary Authorities a Help or a Hindrance? was delivered by Mcebisi Jonas on the 16th May 2017.

Former Deputy Minister of Finance, Mcebisi Jonas obtained his Bachelor of Arts in History & Sociology degree at Vista University. He furthered his studies with a Higher Diploma in Education at Rhodes University. He became active in politics from the age of 14 and led various political activities and underground structures in the Eastern Cape and beyond. He was inspired by the politics of the black Consciousness movement in the early 80’s and was the organiser of Azaso (Azanian Students Organisation). He played a key role in the establishment of the United Democratic Front (UDF) structures in the Eastern Cape, escaping the hit squads many times. He was later sent to exile to complete military training in Angola and Uganda for the People’s Army, Umkhonto We Sizwe (MK). While in exile he was employed by the United Nations to run an education program for Umkhonto We Sizwe (MK) cadres.

Jonas established both the Coega and East London Industrial Development Zones. He was a member of the Executive Council (EXCO) responsible for Economic Development, Environmental Affairs and Tourism from 2009 until 2014. This involved providing political oversight to various economic public entities. He was also member of the executive council responsible for Finance from 2009 until 2010; Chairperson of the Portfolio Committee for Human Settlement for the Eastern Cape Legislature from 2007 until 2009 and from 2000 until 2005 and Chief Executive Officer of the Eastern Cape Development Corporation (tasked with the amalgamation of the then Transkei Development Corporation, Ciskei Development Corporation, Ciskei Peoples Bank and other smaller development institutions).