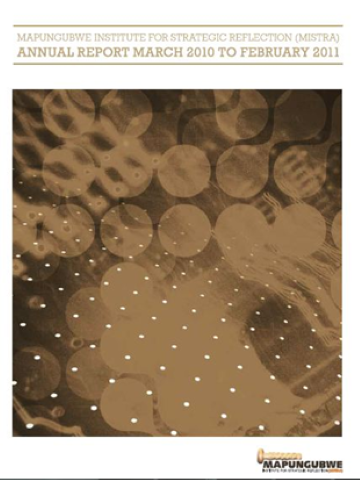 Having completed a year of existence, the Mapungubwe Institute for Strategic Reflection (MISTRA) is proud
to discharge its duty of releasing this, our first Annual Report. The Report covers the period from the Institute’s inception in the first quarter of 2010 to the end of the financial year in February 2011.

During the course of the period under review, the leadership of MISTRA was able to interact with the majority
of South African universities and research institutes at the highest level. In this regard, partnerships are being forged in a variety of areas, including availing academics and researchers for MISTRA’s projects, identification of research themes for interrogation, mutual sharing of data and analyses, and organisation of joint activities.

2010/11 has also laid the foundation for MISTRA to launch its other programmes going forward, such as strategic retreats, roundtables and publications. Further, the Institute has started to test its nascent capacity in providing background briefings, commissioned papers and public presentations to a variety of clients and audiences.

The process of setting up MISTRA has entailed hard work on the part of the few individuals who were charged with operationalising “the idea whose time has come”. This has included the registration of the organisation and the attainment of Public Benefit Organisation status, which also entails the privilege to issue tax certificates to donors.

By the end of the financial year, MISTRA had a complement of 13 staff members, the overwhelming majority
of them involved in the research work. These are the individuals who have steadily but surely nursed the dream into reality. However, the extent and depth of MISTRA’s value-addition is reflected in the scores of academics and researchers who are active Fellows of the Mapungubwe Institute (FMI) and Members of the Mapungubwe Society of Researchers  (MMSR).

The Council of Advisors and the Board of Governors are the fountains of wisdom and exemplars of good governance on whom the Institute relies. The progress outlined in this Annual Report is thanks, in large measure, to their guidance and wise counsel. Not least among these accomplishments are the Financial Statements, and the Audit Report which does not have qualifications.

It is tribute to the social consciousness abroad in South Africa’s business community that large and small corporations and many individuals have embraced the MISTRA idea and generously contributed to its operationalisation. Without the core founding donors – Mvelaphanda Group, Simeka Group and Shanduka Group – the MISTRA idea would simply have been that: an idea incapable of realisation. They have since been joined by many others, including friends of South Africa from across the oceans.

This Annual Report is dedicated to all these, the members of the Mapungubwe family in their various capacities. Through our joint efforts, we can expand and deepen the body of knowledge to advance the civilisation of national democracy, at the core of which must be the principle of social justice. 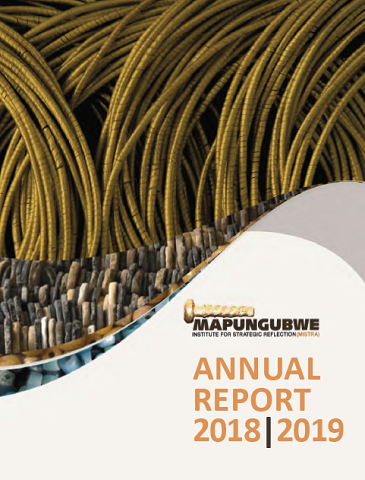 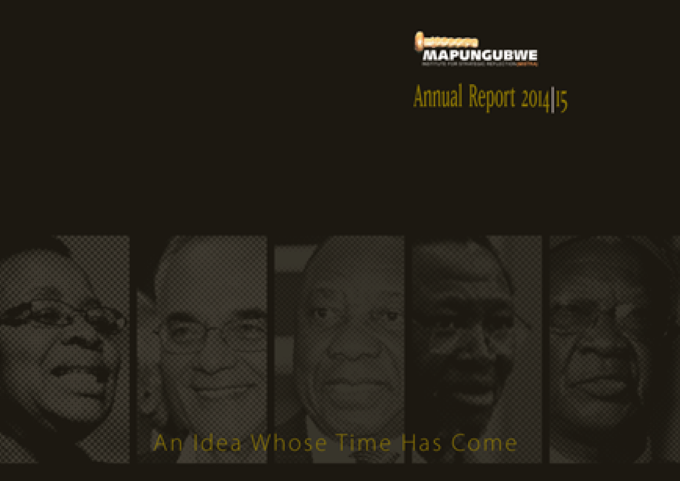 And so we complete the 2014/15 financial year during the last lap of MISTRA’s fifth year of existence. ‘An idea whose time has come’, we confidently asserted five years ago. But was the concept actually sustainable? 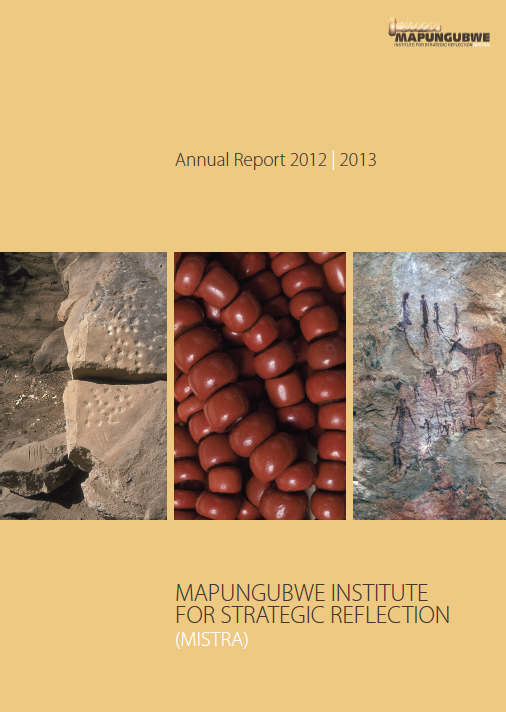 At the end of the period under review in February 2013, the Mapungubwe Institute completed the third year of its existence. This can best be described as a period of concerted effort to realise the MISTRA promise. We can confidently assert that MISTRA has cemented its place as a fully-fledged institute of strategic research and reflection.