Two city managers, one municipality: Why reforms are urgent 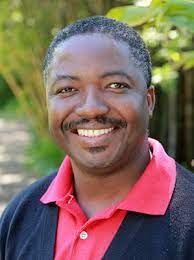 The appointment of city managers has been a contentious issue in municipalities in South Africa. It has made coalitions even more precarious. The source of this controversy is the manner of appointing city managers and their accounting lines. The Municipal Systems Act (Regulation No 21 of 2014) affirms that mayors and councils are appointing authorities, to whom city managers are accountable, and have powers to fire or re-appoint. Politicians have abused this power to get city managers, either coercively or willingly, to enable their financial interests in council through improper contracts or financial irregularities.

Having city managers as instruments for financial gain has become an entrenched part of political culture amongst local political elites. This explains why the Nelson Mandela Bay (NMB) municipality in early 2022 has two city managers, elected by feuding groupings within council. Each is unyielding in its choice. The reason for this intransigence is the financial benefits that accrue to politicians dependent on the choice of city manager. Government has come to a halt, and the governing coalition at NMB may even collapse over the disagreement. This impasse highlights the need to change selection procedures by taking the process outside of council to an independent and professional body. Using the NMB municipality as a case study, this paper underscores this urgency, drawing from policy proposals that were first made more than ten years ago.